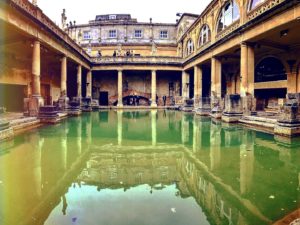 The History Behind the Roman Baths, Bath

With the summer holidays now in full swing, I look at the history behind one of the United Kingdom’s biggest and must-see tourist attractions, The Roman Baths! A Fabled Foundation of Bath We hold a common belief throughout England that the Romans founded Bath. Whilst the Romans established the Bath we know and love now, there is a remarkable story surrounding its … Continue Reading 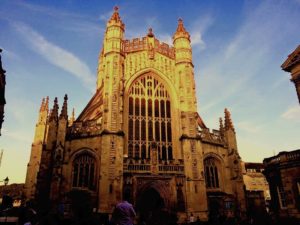 The Hisory at the Heart of Bath Abbey, Bath

I first visited Bath over a decade ago, and I remember vividly seeing Bath Abbey for the first time. I have since been back several times and I believe I can say confidently that there is nowhere like the Abbey. Officially known as the Abbey Church of Saint Peter and Saint Paul, this richly atmospheric place of worship shows off a premier example of Norman Perpendicular Gothic architecture that is a true … Continue Reading 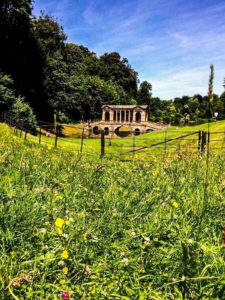 Prior Park, our Nation’s heritage through landscape design  This 18th-century landscape garden is unlike any other National Trust site. Yes, Prior Park has a history, and yes, it is bewitching, but there’s something so much more profound at work here. The landscape’s story is a true testament to how history can be revealed not just through beautiful architecture or the battlements of ancient castles. Instead, the rolling hills, the sweeping valley and winding woodland unveil the truth of the social and economic conditions within the 18th century. Are you intrigued? Read on and you’ll experience Bath’s Prior Park like a true 18th-century person.  An aristocratic origin  Looking out over the… Continue Reading 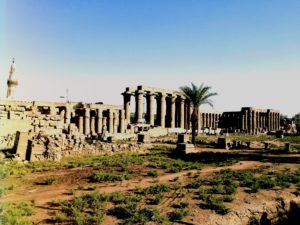 Discovering Ancien Egypt at the Temples of Karnak and Luxor, Egypt

Karnak Temple Another stop on our cruise down the Nile River was Karnak Temple… and boy was it worth it! Karnak is an ancient Egyptian temple complex on the east bank of the Nile River in Thebes, now known as Luxor. It is said to date from 2055 BC to 100 AD, meaning it was formed over 2,000 years. This makes Karnak Temple one … Continue Reading 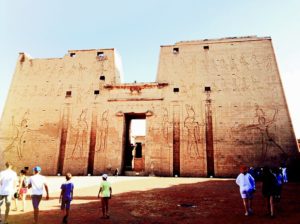 The Temple of Horus at Edfu, Egypt

Edfu temple, despite being smaller than Abu Simbel, Luxor and Karnak temples and perhaps less architecturally impressive to the eyes first glance was, however, one of my favourite stops along the Nile River.  The Preservation of an Ancient Temple One reason I liked Edfu so much is because it is the best-preserved ancient temple in all of Egypt … Continue Reading 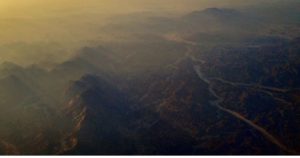 Valley of the Kings, Egypt 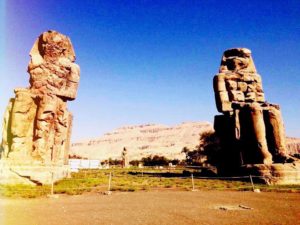 The Colossi of Memnon, Egypt

Located west of the modern city of Luxor and facing east toward the River Nile, standing at 60 ft high and weighing 720 tons each, these two monumental and imposing sandstone statues are known as the Colossi of Memnon. They represent Amenhotep III (1385-1353 BCE) of the 18th Dynasty of Egypt in all his glory. Here, the king is depicted as sitting on a throne engraved … Continue Reading 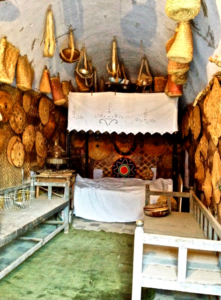 A Day Trip To A Traditional Egyptian Home

Whilst travelling down the River Nile on a rather deserted cruise, our tour guide insisted that we trust him and take a jeep out into the desert to visit a remote rural village. This village has, over the centuries, managed to keep the essence and appearance of an ancient traditional housing complex and traditional architecture. An Island Village Upon arriving at the village, I caught sight of several small children ranging from the age of five to around fifteen all hiding behind pillars, cars, and anything that would provide them with sufficient concealment … Continue Reading 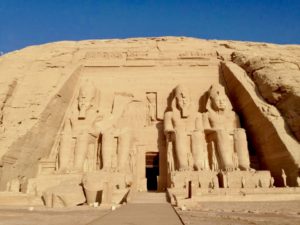 One morning whilst cruising down the River Nile we got up at two in the morning and drove for three hours through the desert to arrive at Abu Simbel by five. For those, like myself, who hate waking up early you might question my sanity right about now. Believe me, I was questioning it. But I am so glad I listened to our guide because what awaited me made everything worth it … Continue Reading