The National Trust are custodians of the greatest, grandest, and most gorgeous properties in the U.K. Places like Stonehenge, Hadrian’s Wall, and charming Cotswold villages like Bibury are known worldwide as tourists hotspots. But the National Trust in Wales likewise has some exquisite properties from ancient castles, sweeps of pristine beaches, striking houses and gardens blooming all year-round.

The thing that’s most magical about the National Trust properties in Wales is that they’re lesser-known and less encumbered by tourists. So, if you’re looking for a perfect day out in Wales without swarms of visitors then read on to find out my top eight National Trust sites.

Newton House is a Grade II* listed building owned by the National Trust in Wales. It is said to be the most haunted property in their care and has remained in the same family for over 300 years. The family happen to be the descendants of Lord Rhys.

If you know one thing about Welsh history, it should be that the Lord Rhys was the ruler of the Kingdom of Deheubarth and known as the Prince of Wales. He was the most powerful and successful of all Welsh princes.

Newton House was first built in 1660, and throughout the years, it has undergone numerous changes. In the 1850s, a fashionable Gothic facade was added to the house’s exterior, which can still be seen today.

At the back of the house, a fountain garden overlooks the deer park. If you’re lucky, you might spot a few of the majestic creatures! Inside, you’ll find the couch used in Downton Abbey – pictured above!

Dinefwr Castle is one of my favourite things to do in Carmarthenshire as it has the best views of the southern Welsh countryside. Dinefwr Castle can only be considered an iconic place in Welsh history, and the National Trust Wales have preserved its heritage beautifully.

The castle dates to the 12th century to when it was the chief seat of the Kingdom of Deheubarth and owned by the Lord Rhys. However, in the late 13th Century, the castle fell into the hands of the English, and it wasn’t until 1403 that the Welsh tried to reclaim it. Owain Glyndŵr attempted to attack the English forces but unfortunately he was unsuccessful. To this day, it’s an imposing fortress overlooking the Tywi Valley, meandering Tywi River, and the technicolour dream coat of villages – Llandeilo.

Protruding out of the score of hills blanketing the parish of Llanarthney, Paxton’s Tower is a grand neo-Gothic design that’s been ostentatiously garnishing the countryside since the 19th century. This National Trust site was once the colour of pink and was built by William Paxton to remind voters of the wealth they could have experienced had they voted for him in the local elections.

From Paxton’s Tower, you can see the National Botanic Garden of Wales (formally Paxton’s Middleton Hall Estate). The Gardens are just a few minutes down the road from here. In addition, both Dinefwr Castle and Dryslwyn Castle are visible from the tower, which – put together – make for a lovely day out exploring castles in South Wales.

Wales is known for having an abundance of open green spaces. Many think this is due to its vast countryside, but that’s not strictly true. It’s also because of the many wonderful gardens hidden within its land, and if you didn’t know they were there you’d never find them.

Colby Woodland Garden is one such place, and because it’s so hidden it’s one of my favourite National Trust gardens in Wales. Located in a secluded valley, the gardens are full of surprises. It has a rich industrial heritage and many woodland walks leading to the sea. There’s a wildflower meadow with a serene stream, stepping stones, butterflies, and a log bridge.

The tranquil walled garden displays colour all year-round with herbaceous plants, trees, and shrubs, but it’s the magnolia that takes first place in spring and summer. The acers, viburnums and Japanese maples are the garden’s crown jewels in autumn and winter.

Colby Woodland Garden is the ultimate place to be at one with nature. But the best time to go is spring as there’ll be carpets of bluebells, daffodils, camellias, rhododendrons, and azaleas.

I’ve lived in Wales for over 20 years now and Llanerchaeron was unknown to me. It is truly the definition of a secret National Trust site. It is one of the most remote and hidden gems in Wales and is situated 2.5 miles from Aberaeron in South Wales. The Regency estate is concealed from sight by a dense population of trees, undulating hills and serene lakes, so make sure to follow your Satnav when trying to locate it.

The 18th century building was built by John Nash and to this day it is one of the best examples of a self-sufficient Welsh gentry estate, featuring a cobblestone courtyard, a brewery, laundry rooms and a salting house. Inside the main house are exquisitely preserved bedrooms, which are a huge contrast to the working rooms. If you’re looking to experience a Downton Abbey ‘upstairs, downstairs’ lifestyle then Llanerchaeron is the place for you!

Beyond the house, there are pleasure grounds and meadows for you to walk your four-legged, furry friend. There is an ornamental lake with lively birds and a neighbouring walled garden for you to also explore.

The Stackpole Estate is the ultimate day out in Wales. It has award-winning beaches, an abundance of wildlife, breath-taking lily ponds, peaceful wooded valleys, water sport opportunities and coastal walking trails.

The Stackpole Estate has been in occupation since the Norman times and has seen many successes and failures. It also played a part in the Civil War as it’s owners – the Lort family – were Royalists and sided with King Charles I against parliament. Unfortunately, the estate fell to decline after the two world wars, but the National Trust in Wales saved it for us all!

The Stackpole Estate’s coastline is considered ‘the jewel of Pembrokeshire’ with Broadhaven South and Freshwater West known as picture-perfect locations. Barafundle Bay is also on the estate but more on this later.

Barafundle Bay is one of those places in Wales that looks and feels like it could be abroad in Europe somewhere. From waters of a cobalt blue and turquoise fusion peppered with local and international fishing boats, Barafundle Bay feels like a Portuguese beach and the perfect spot to curl your toes into.

Situated along the Pembrokeshire Coast and a half a mile walk from Stackpole Quay, Barafundle Bay is often described as the ‘Jewel in the Crown’ of Pembrokeshire beaches, and one of Britain’s best beaches.

Every 10 years, a ghostly shipwreck emerges as the sands shifts. It is believed to be a ship which ran into the rocks at Stackpole Head and drifted on to shore in the 1880s or early 1900s. The ship is wonderfully named the Sea King, encouraging all manner of fantastical stories.

Rhossili Bay is a breathtaking three-mile-long sandy beach and if you visit the beach at low tide you’ll see the remains of the Helvetia, a ship wrecked in 1887.

At this bay is Worm’s Head, a headland that is the furthest westerly point on the Gower Peninsula. Known locally as the worm, the name Worm’s Head is derived from the Viking word ‘wurm’, meaning ‘dragon’. The island is accessible by a natural land-bridge for around five hours a day, depending on the tide. Dylan Thomas initially described the Worm’s Head as “the very promontory of depression” as he was forced once to spend the night on the Head after being trapped by the tide.

Overlooking the bay is the Old Rectory which is considered the most popular National Trust holiday cottage. From the top of Rhossili Down you will have sea views of West Wales, the north Devon coast and Lundy Island. Visitors will also find a variety of rare insets and birds here, including the black bog ant and choughs. There’s plenty of coastal walks here, some of which lead to Neolithic burial chambers, Iron Age forts and Bronze Age cairns.

Have you been to any of these National Trust properties? I’d love to know your favourite, so please leave a comment below. 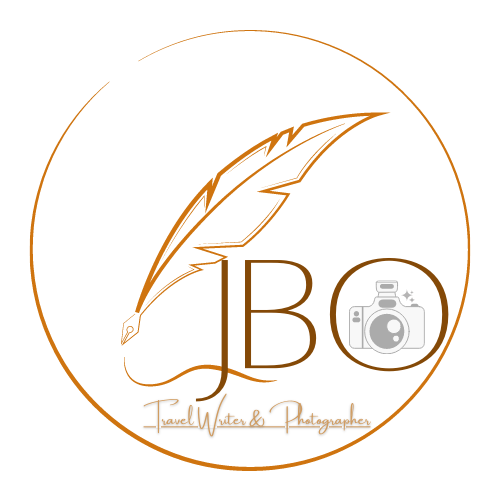